Vanessa Li and Bowen Goh are a former couple, current best friends of a decade, and the team behind the Bushwick bar Mood Ring. They met in the Bay Area on OKCupid, a legendary dating website that created algorithmic matches based on questions like “How many dates before you sleep with someone?”, and bonded over Toro y Moi and Wong Kar Wai. They became obsessed with going out and dancing in Brooklyn’s numerous small venues when they moved here, something they rarely did in the quieter Bay Area. But it was during a brief trip to Berlin where they found the inspiration to take the leap and start Mood Ring in 2017. A few years later in February 2020, they opened Heaven or Las Vegas, a karaoke bar also located in Brooklyn.

Vanessa’s background is originally in nonprofits and she spent six years working at a queer and transgender youth community center, where the focus was a combination of social justice workshops and job readiness programs. Bowen’s background is in filmmaking and business, which helped guide many of the interior design choices, as well many of the operational logistics of the business.

Vanessa and Bowen's first book, Margarita in Retrograde, is forthcoming from Abrams Image in Spring 2022. 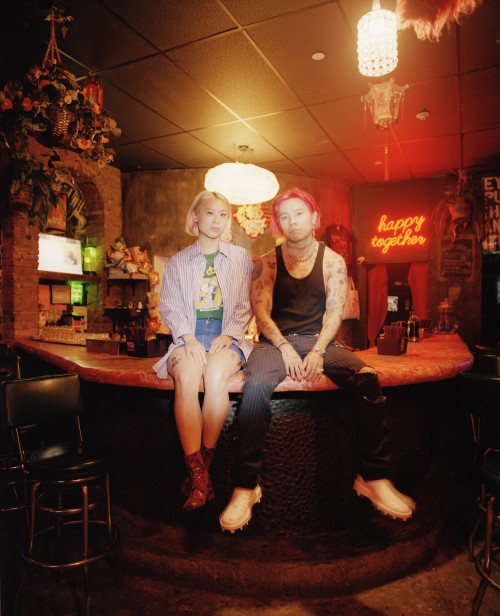