Zoey Gong is a Traditional Chinese Medicine (TCM) chef, nutritionist, and artist in New York City. She has been hosting TCM pop-up dinners and events since 2018, bringing healing foods and Chinese cultural eating traditions to thousands of guests. Her approach to cuisine and wellness is one-of-a-kind, creative, and artistic. She bases her recipes on seasonality, TCM dietary principles and herbalism, nutritional science, as well as Chinese food cultures. Her creative, health-conscious, and interactive dinners have taken place in various venues, such as Food Network chef Russel Jackson’s underground dining room in Harlem, boutique tea houses and cafes in Soho, Museum of Chinese Americans, United Nations’ banquet room, and, in the very beginning, her own studio apartment in Chinatown. She has been featured in Radii China, NBC News, The Face Magazine, the New York Times, Serious Eats, and more.

Born in Shanghai, Zoey has lived in New York City since 2015. She holds a B.S. in nutrition as well as public health from New York University, 200-hr yoga instructor certification, Meridian Yoga Therapy certification, and is a registered dietitian (R.D.) candidate. She is currently pursuing her Masters degree in Traditional Oriental Medicine from the Pacific College of Health and Sciences. She is also the founder of Five Seasons TCM, a brand that focuses on education around TCM nutrition. She is eager to be a translator and bridge between Eastern and Western perspectives of wellness.

Her first book, SOAK: A Traditional Chinese Medicine Cookbook for Everyday Healing, is forthcoming from HMH in 2023. 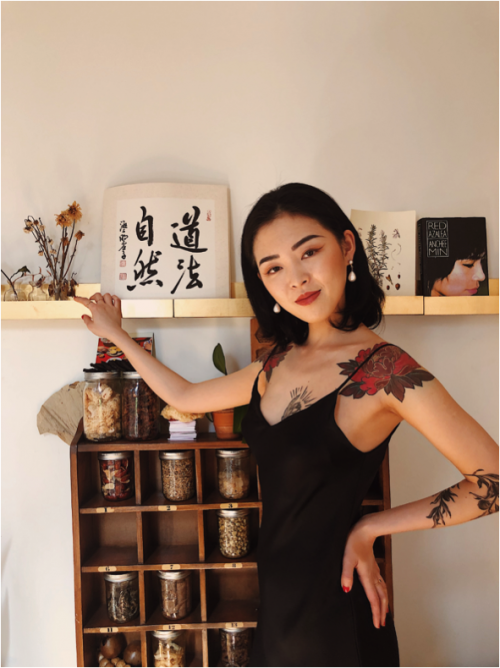