Named by Time Magazine as one of the most influential jazz musicians of the 20th century, Quincy Jones is an impresario in the broadest and most creative sense of the word. His career has encompassed the roles of composer, record producer, artist, film producer, arranger, conductor, instrumentalist, TV producer, record company executive, television station owner, magazine founder, multi-media entrepreneur, and humanitarian. Among the multitude of awards that he has received for his contributions are an Emmy Award, seven Academy Award nominations, the Academy of Motion Picture Arts and Sciences' Jean Hersholt Humanitarian Award, and 28 Grammy Awards (the highest of any living individual); Jones is also the all-time most Grammy nominated artist with a total of 80 nominations. A recipient of the Republic of France's Commandeur de Legion d'Honneur, and in 2001, Jones was named a Kennedy Center Honoree, for his contributions to the cultural fabric of the United States of America. He was recognized by the National Endowment for the Arts as a Jazz Master—the nation's highest jazz honor, and in 2010 was bestowed the National Medal of Arts, the nation's highest artistic honor. In 2016, Jones received a Tony Award for Best Revival of a Musical for the Broadway production of The Color Purple. The award completed the rare EGOT set for Jones, making him one of only twenty-one individuals in history who have received an Emmy, Grammy, Oscar, and Tony Award. 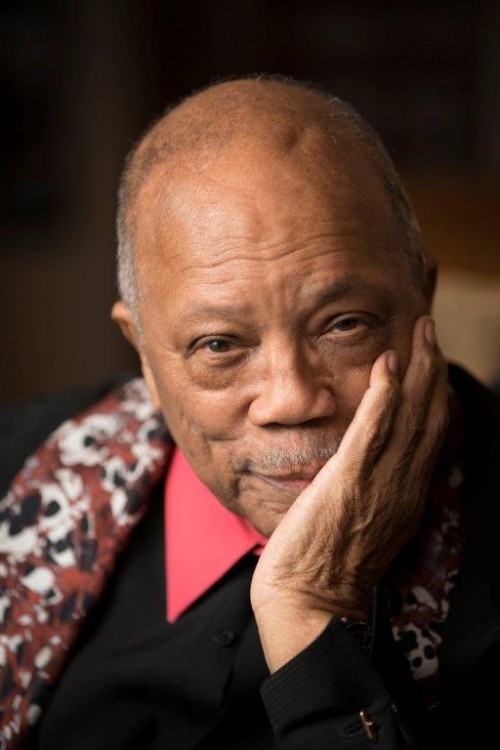